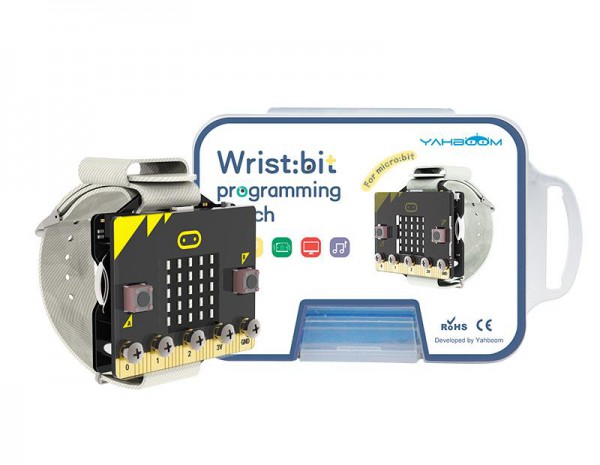 Wrist:bit kit includes a wearable function expansion board, an acrylic protection board, a strap, 4 CR2032 batteries, screws and screwdriver, manual, and a packaging box. It is a wearable watch kit specially designed for micro:bit. The expansion board contains commonly used devices such as RGB lights, buzzers, and vibration motors. Children can use MakeCode or Python programming to create creative functions such as pedometers, music alarm clocks, and temperature detectors. Wrist:bit can also be used to remotely control all our micro:bit series robots and building blocks cars. In addition, we will also provide a large number of course materials (MakeCode+Python) for reference.